Thomas's home is in a refugee hot spot in Greece.
He spends his leisure time saving lives.

“Children are kicked out of the boats, and they cannot swim so they drown”.

Themis Thomas Savvas is currently a student at International People’s College in Denmark – he is born and raised on the island Lesvos in Greece. Since 2014 more than one million refugees have arrived by sea in Lesvos, and for the last three years Thomas has volunteered with Red Cross in the costal areas. “I help by giving the refugees clothes and food”, says Thomas, “and then I give first aid to the people who need it”, he continues. Death is a part of the job as a volunteer in a refugee hot spot. “Children are kicked out of the boats, and they cannot swim so they drown”, Thomas explains.

Thomas especially remembers a night this past summer. It was dark and there was no electricity. “We could not see anything, but only hear screams from the boats on the sea”, he says. It was impossible to identify who needed help and if someone was drowning. It was terrible”. Thomas is 21 years old and he has experienced more death than most people in a lifetime. When he is volunteering in Lesvos, he does not think about it; but now being away from Lesvos – his experiences can sometimes get to him. “When someone dies in your arms in Lesvos, you just have to let it go and continue – another person needs you. But not being in Lesvos I sometimes get depressed out of the blue”, says Thomas. “Then people ask me why I just sit and stare all of a sudden, but it is because the memories just come to my mind now and then – I cannot control it.”

Lesvos is a refugee hot spot

Since January more than 30.000 refugees have arrived in Greece, which puts an enormous pressure on the islands. “It is a difficult situation, because people in Lesvos really sympathize with the refugees coming, but they are also frustrated and angry with them. Sometimes refugees steal, kill and eat small farm animals or something like that and then conflicts between the refugees and people in Lesvos increase”. Thomas is very actively involved in trying to integrate the refugees within the society of Lesvos. He is a scout and together with the Scout Union he is co-coordinating activities for refugee children during weekends. “Integration is key, but the pressure on the island cannot continue. I hope that Europe will open its borders, so we can share the responsibility for the refugees coming”, he says, “then the situation in Lesvos and for the refugees coming would be much better”. 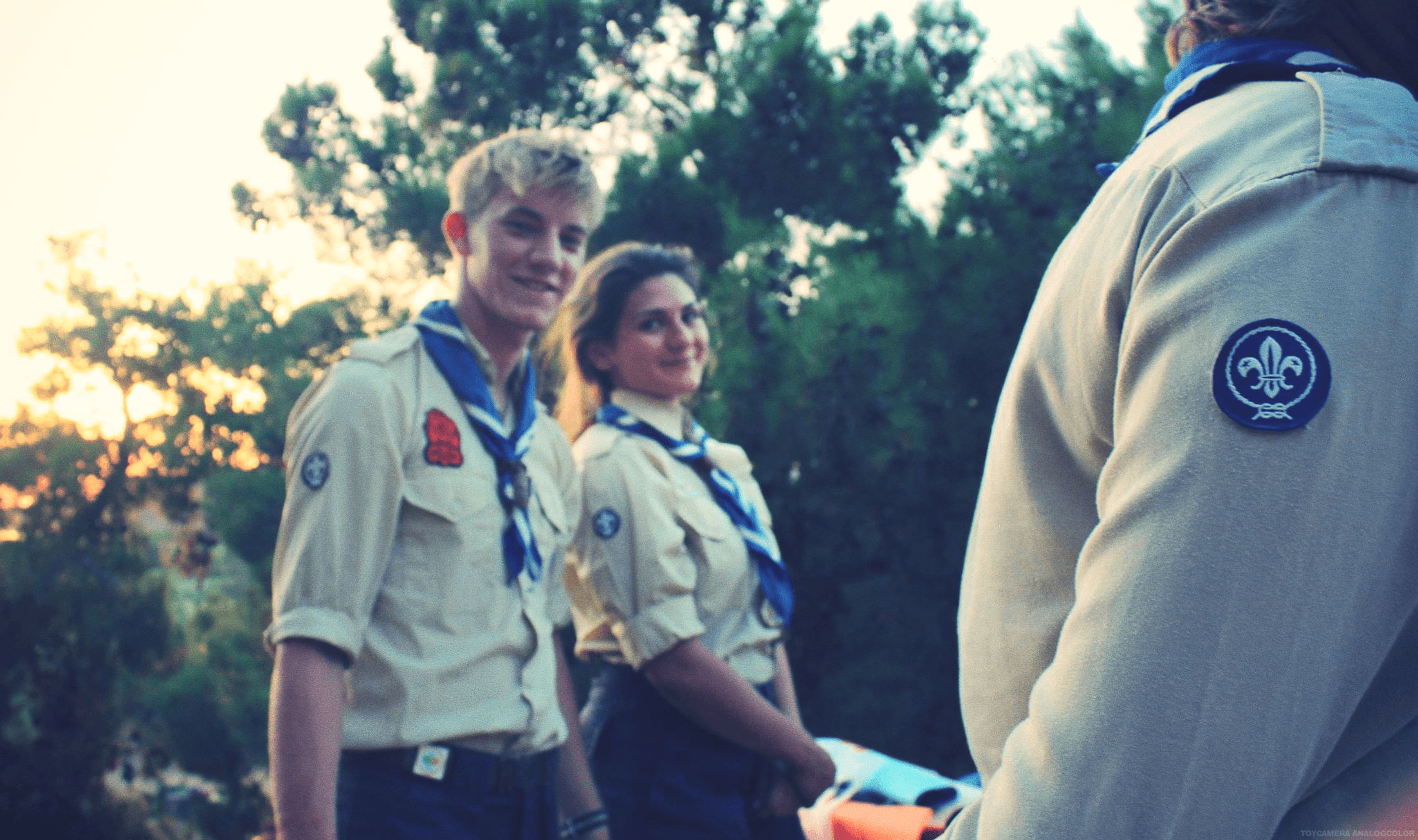 Themis Thomas Savvas with the Scout Union in Lesvos.

Right now, Thomas is a student at International People’s College in Denmark. He is planning to become a wine farmer or photographer in the future, but he wants to volunteer with Red Cross in Lesvos as long as it is needed.

Two volunteers in the Lesvos was nominated for the Nobel Peace Price in 2015.

The header picture of Thomas is taken by Alix De Longueville, student at IPC.

At IPC we work actively with our core values in our everyday life and classes. Read more about our Danish Folk High School Core Values here.