"Right now, I have a lot of freedom to spend my time as it suits me – as for example biking 1000 kilometers to Denmark from France"

Paul Sauvage is an adventurer. He sees life as an opportunity to explore – not only different countries around the world, but also within himself. When Paul decided to come to Elsinore in Denmark to study he asked himself a question: “What is the most efficient method of transportation that does not pollute?” And then he decided to bike all the way from France to Denmark.

“I just do what makes sense to me”, Paul Sauvage says, “I really think biking is the most efficient form of transportation – the best ratio between energy and distance covered. And it does not pollute. Biking should be the ‘default’; only if it is not possible to bike, you can begin to consider other means of transportation”. Paul is 30 years old, he is not married and does not have any children. “Right now, I have a lot of freedom to spend my time as it suits me – as for example biking 1000 kilometers to Denmark”.

A bike trip from France to Denmark

“Why am I doing this!!!?” Thoughts like that often came to Paul’s mind during the 1000 kilometers trip on his bike – especially when he rode his bike in heavy headwind and his legs were sore and tired. “One time I started to bike way too late and I had to go through a dark forest to get to my destination. The wind was awful, and I was hungry and tired. I arrived at my host’s house at 11 o’clock at night – that was really hard”.

Paul quickly got in shape physically and learned that ‘slow but steady’ was the way to do it. “But one thing is the physical obstacles – another was everything I had to think about”, says Paul. When not sleeping in his tent he used the websites couchsurfing.com and warmshower.com to get hosts for the night during his trip. On those websites people provide beds for free to help one another and to meet people from all over the world. “People were very friendly and helpful, but it can be very challenging to be sociable when you are tired after a long day on a bike”, says Paul “I had to tell my story over and over again while looking online for the next host . It was hard, but over all a very good experience”.

Sustainability as a priority

Paul holds a master’s degree in engineering, and he has worked as a consultant in France for five years helping local municipalities to implement more sustainable ways to insulate buildings. He is very interested in the field of sustainability and has been employed within that area since 2012. “But through time I have become more and more interested in areas such as politics and social science, since sustainability is more a question of implementation instead of technical development. Cars that does not pollute has already been invented, but why are they not on the market? Because of cultural norms and political decisions!” After looking at more than a hundred webpages Paul decided that he wanted to come to International People’s College (IPC) to study, and like that he was facing a 1000 kilometers journey. 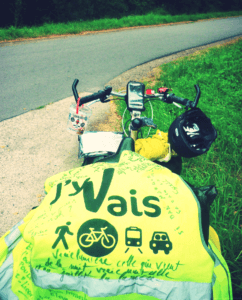 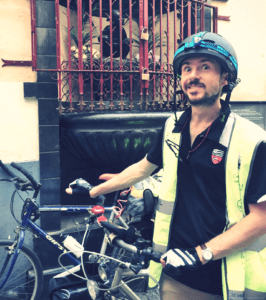 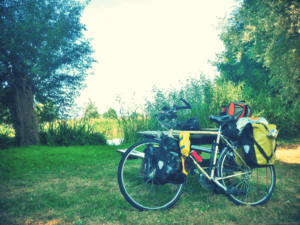 “Flying emits lots of CO2  and I think we should all do what we can not to fly. It is sometimes the only sensible choice, but in general I think people should avoid using a plane whenever it is possible”, says Paul. Paul has previously been flying by airplane and he will probably do it again at some point, but in general he avoids stepping into an airplane. “My family often would like to see me join them, for example for a two weeks holiday in Greece. I opt-out because the damage on the environment exceeds the pleasure we could get. ”, says Paul, “I prioritize short distances, where meetings, excitement and fun can happen as well, as I experienced during my bike trip. “

1000 kilometers back to France

Paul is going to Brenderup Højskole for a term in spring and will bike home again to France in the summertime. “From now on I will be more open to a chance when travelling”, says Paul and continues “I had everything planned out last time and like that I could not change plans whenever I wanted. When people see your vulnerability, they want to help you, and I want to be able to accept that help and see where that gets me. I want to discover more about the world – jumping into other people’s lives and cultures is a way to become myself”. 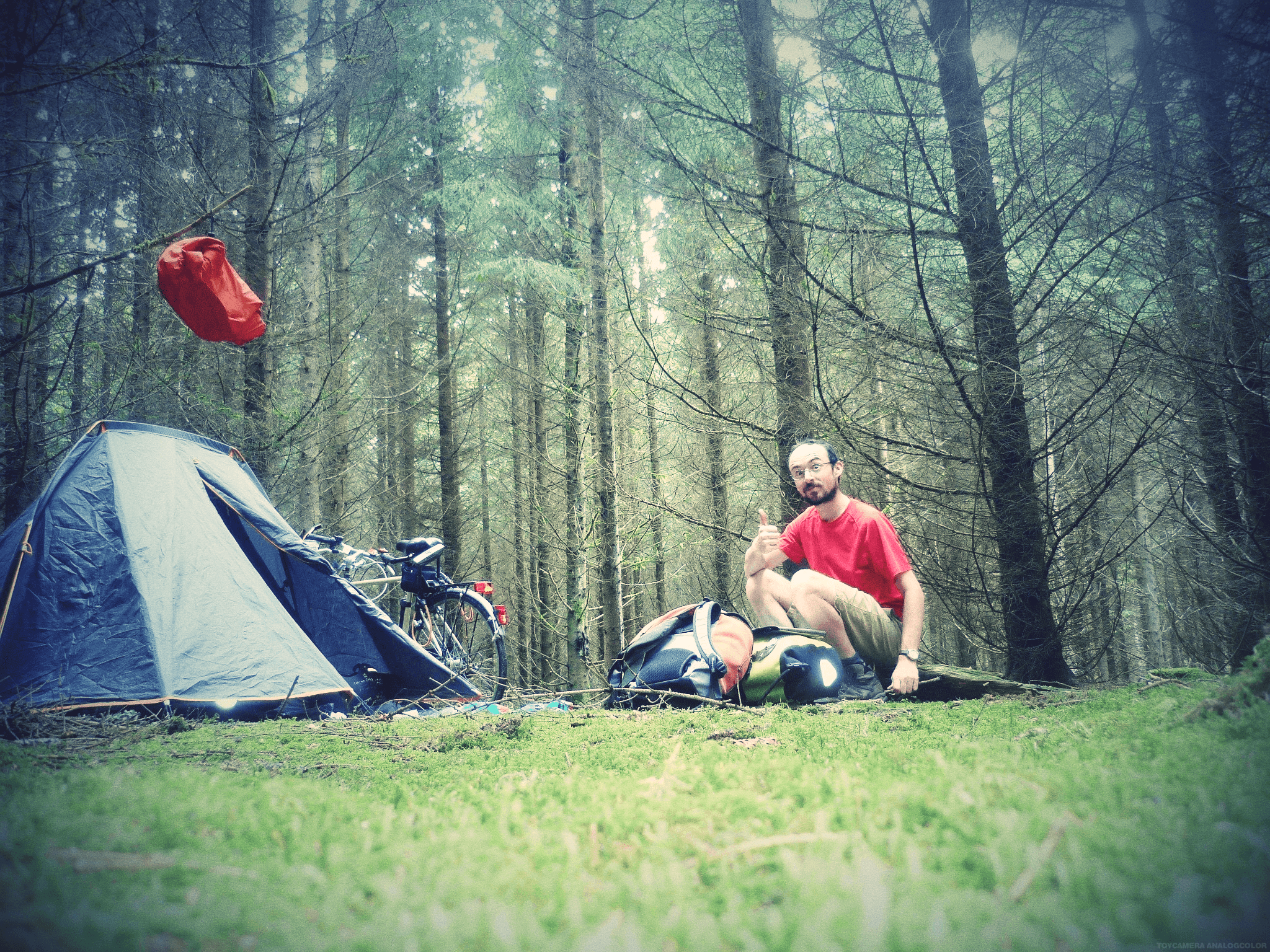 What former students have to say…

Wondering what it is like to be a student at International People’s College? Read on!

We offer English and Danish summer language courses on all levels together with introductions to key aspects of Danish culture and society!